Is Apple Planning to Outgrow iPhone Market in Australia? 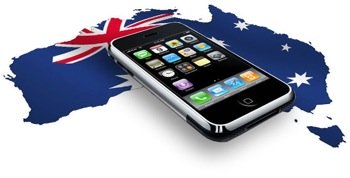 After seeing Chinese market potential to outgrow as one of the biggest iPhone Market, Apple seems to be interested in going global. The upcoming Worldwide Developer’s Conference (WWDC) on June 6th, 2011 will certainly be a greater platform for Apple to catch new locations for iPhone. This is what Apple has kept in mind and invited international journalists, especially the Australians, Apple has always followed the trend of secrecy and it worked for Apple in almost all the cases but there’re always leaks!

According to Macrumors, iTechReport.com.au has spotted a tweet from Australian technology editor Charlie Brown. The tweet clearly said the Brown has been invited to attend the WWDC on 6th June, 2011.

The tweet has now been removed, but Brown is going to attend the event for sure. And the big thing he is expecting would either be iOS 5 or Mac OS X Lion or may be both. On the other hand, Australia is the future big market of iPhone for sure whether or not it will be the focus of WWDC!