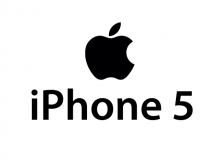 One of the most anticipated iDevice is iPhone 5 and so there is much speculation, lot of rumors and a list of expectations. Almost every other iFan is looking for the grand device and so want to know the exact release date, but in actual things seems to go in other way. It looks that iPhone 5 will not be released that sooner, or at least in 2011!

There are some sound reasons for the delay of iPhone 5 release date and here they are:

1.      No officially finalized design: Since, there is no design announcement yet by Apple officials, we cannot say whether it will be iPhone 5 or iPhone 4S.

2.      Software Specifications: Although there is no problem about the hardware components, as Apple has already signed agreements for chips and 4G networks, the software specification has not been clear till yet.

3.      iCloud: One of the biggest reason for the delay of iPhone 5 launch can be iCloud. Apple wants to get iCloud cashed first and iPhone 5 may shade it, so a better idea is to delay it!

4.      iOS 5: It is though expected that Apple will reveal iOS 5 in WWDC on June 6th, 2011, but still the chances are very less. On the other hand, iOS 5 will be the main feature of iPhone 5 which will not be available before this autumn, so the delay is very obvious.

5.      White iPhone 4: Recently launched iPhone 4 in white needs to enjoy the market for some time and Apple needs to finish the stock before working on the newer counterpart. So, stay calm till Apple warehouse finishes the white iPhone stock!

One Response to iPhone 5 Release Date; Reasons for Delay