iPhone 4G; What AT&T Is Affraid Of? 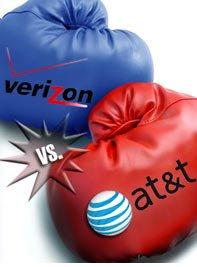 Ruling the cellular industry with iPhone, AT&T is now feeling the pressure. Yes, it’s a pressure of an extreme kind at this moment. Having hard time with the current network on one hand and competition with Verizon on other, it’s really tough!

Verizon if happens to have iPhone 4G on its network, a major portion of AT&T subscribers will definitely move to Verizon, leaving AT&T with substandard network and weird new packaging.

Product Reviews has mentioned one other side of the situation, i.e. the marketing side of iPhone war between AT&T and Big Red. It says, that AT&T is now trying to overhaul its image as a company – something that was brought on by the recent ad war with Verizon. We all know who lost that battle – we have to wonder if Apple has been keeping an eye on this and if it has done anything to the image of the iPhone?

2 Responses to iPhone 4G; What AT&T Is Affraid Of?