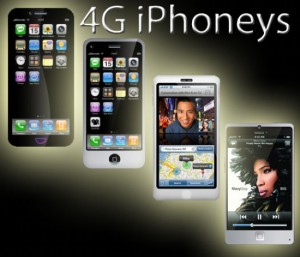 2010, seems to be a big year for Apple, as well as Apple fans. iPad, iPhone OS 4.0 and then iPhone 4G in June or July 2010, will be a series of exciting and successful iDevices. Going to be launched in summer2010, 4G iPhone is expected to be loaded with most demanded features like multitasking. The Beta iPhone OS 4.0 recently released, has many new promising features.

Though promised, crazy iPhone fans are still not sure if they’ll get all what they wanted, and if yes, it will exactly by in summers this year or there’ll be a delay.