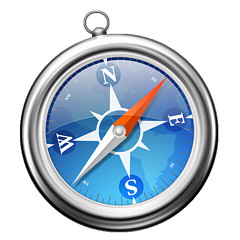 It’s all about competition, so Apple decided to drop Google search option in Safari in iPhone OS 4.0. So, Apple is finally working on its own search engine. How powerful will the Apple search engine be, is something time will decide, but Apple will definitely be providing a sound alternative to its users.

By letting Google as default mobile search engine for iDevices, Apple has actually allowed Google access to iPhone users’ search statistics and preferences, which could potentially be used to further the development of Android.  This is a huge for Apple, and the step can save Apple’s concerns to some extent.

According to Mobile Marketing Watch, “dropping Google could potentially hurt Apple more than helping, however, because using Bing or Yahoo means a direct tie with Microsoft, who Apple dislikes just as much as Google at the moment.  Building out their very own search engine would be a long, costly and tedious process for Apple, but it looks like the groundwork has already begun”.